An exciting and adventurous travel couple share their story… 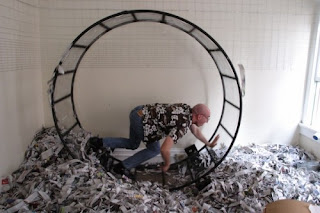 Many of us dream about taking a long extended vacation to go out there and see the world but that plan always ends up being shelved simply because it seems more practical to earn the moolahs first and travel later. However, this is when the cycle begins where you would prefer to see your savings grow in the bank and that’s when you lose sight of your original plan and end up being a hamster running on a treadmill everyday not seeking to get out of your comfort zone to experience what the world has to offer.

Not wanting to lose sight of their dreams, a Singaporean couple decided to apply for a working holiday visa to the UK to work and travel the cities of Europe in the hopes of broadening their horizons and seeing the world.

On Feb 2009, leaving everything dear to them on the sunny island of Singapore, they stepped forth into the grey and gloomy skies of London. Taking on unfamiliar jobs to fund their impending travels and making new friends with their colleagues and housemates while simultaneously exploring UK cities and even travelling as far as Egypt. Travelling is not only their favorite pastime, being avid fans of the English Premier League, they are able to Fulfill their to-do list, including catching the long-awaited chance to watch their favorite football clubs clash against each other. But their main highlight of the trip was starting their two and a half month backpacking trip across Europe – an adventure of a lifetime!

Off they went when they flew to Porto, started a blog series called ‘Railing Thru Europe’ and slowly railed their way across Europe – from the fashion capitals of Paris and Milan, to the highest point of Europe in the Jungfrau Region of Switzerland, to trailing the gothic and mysterious Brasov, to the cruise rides in-between the Scandinavian countries and watching with hundreds of people as the sunsets into the horizon in Oia, Greece where even spending a week is never enough for them.

Reluctantly, they left Greece to take in the sights and sounds of Istanbul. They stepped foot on the continent of Asia after spending more than a year in Europe before heading back to the UK where they spent their remaining visa days in historical and beautiful Edinburgh. Here they waited for the first fall of snow and spent a “real” white Christmas before heading back home to their sunny island.

2 years of wanderlust travels may have put them slightly off the tracks of the rat race but it was without a doubt the best time of their lives by far. Do you need that extra push? That extra motivation to drop whatever you are doing and pursue YOUR adventure of a lifetime?

Maybe, just maybe, reading up on travel blogs like ourjotterbook.com or other similar travel diaries might just be that extra bit to inspire you.

View all of stevejuba's posts.

This site uses Akismet to reduce spam. Learn how your comment data is processed.